It’s been a while since I’ve drawn – largely because the time I used to have to draw and blog and focus on creation has been redirected into nurturing.

I was in line at the local supermarket, being nosy as a woman was having an animated conversation about her friend Tony, and an informal network of folks who find homes for unwanted dogs. Our county’s shelter may be a kill-shelter vs. a rescue shelter, so pet lovers are forming their own informal networks.

I adopted a pair of small dogs, to be informed on the day I was to pick them up that the female of the pair is likely pregnant and asked if I still wanted them.

Of course I did.

Two months later, Kora, ready to pop, did so while I was out to breakfast, and I came home to find her in labor and a tiny hamster sized dog mewling and trying to crawl behind my home office trash can.

That was 5 weeks ago.

He of the pair has been neutered.

The puppies are now teething, in the process of being weaned, and leaving me with just enough energy to draw.

…so, here are some drawings. 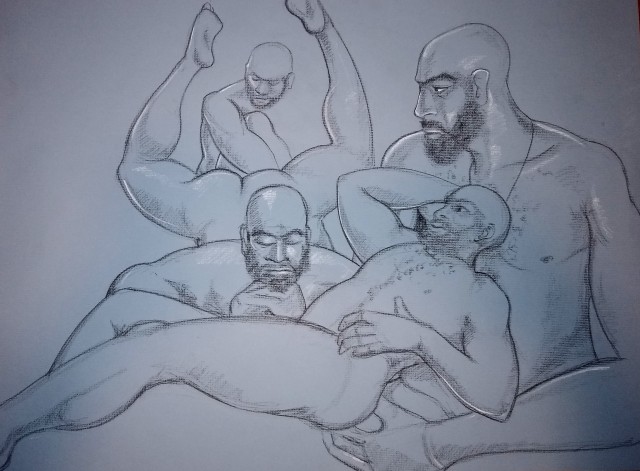